Slate is a hard-wearing, multi-purpose natural stone with a wide range of uses. Slate tiles are widely used in both residential and commercial building projects. This type of Tiles are highly slip-resistant even when wet, which, together with its durability, makes it ideal for high traffic areas such as kitchen and bathroom floors. Slate is an excellent choice for wall tiling in kitchens and bathrooms too. It is also ideal for kitchen bench-tops, as it is extremely heat resistant. Hard-wearing, attractive natural stone with a wide range of uses.

Slate flooring tile is a type of natural stone which is quarried from the side of mountains or taken from the earth. A finely grained, homogeneous, metamorphic rock, it is named for the way the material forms in plains, like sheets resting one atop the other, compressed under great pressure to create a powerful bond. While slate is one of many natural stone flooring tiles available, there are also numerous different types of slate, each with their own look and characteristics.

The raw stone used to produce slate floor tile can be found in mountains around the world, with productive quarries in Europe, Asia, and across the America’s. The region that the material is sourced from will determine the constituent chemicals present during the formation of the stone, which will, in turn, affect the look and characteristics of the slate in its finished state. Foreign materials, while exotic, are often more expensive due to the fuel costs to transport heavy tiles.

Slate is generally sliced from the earth in the form of rough, massive slabs. These slabs are then cut down into smaller, more manageable slabs and tiles. These pieces are often gauged, a process which evens out the back to make them easier to install. The surface of slate can also be further refined or left in its natural state. Slabs are generally used as counter tops, with smaller thinner tiles of varying sizes used for flooring.

Gauged / Ungauged: At the time it is extracted, the slate is a rough, broken material like you would expect from any rock you find on the ground. When refined into tiles, natural stone generally goes through a process where the material is gauged, which refers to flattening the back in order to help the tile set into the mortar during installation. If the back is not flattened then both sides will be rough and bumpy. Known as ungauged slate, these materials are usually reserved for outdoor applications where they can be sunk into the ground for stepping stones.

Crafted: After being sliced into tiles slate is still naturally going to be bumpy and broken. In many cases, this is desirable, as it makes the material feel more rugged and earthy. When the surface is left un-refined it is called cleft, although the term “natural” is also often used to refer to it looking more like it would in its untouched mountain born state. Crafted slate has great traction, even when wet, but if the ridges are too extreme it can be uncomfortable to walk on barefoot.

Honed:In some cases, slate tiles will be polished to the point where they have perfectly smooth surfaces. This process dulls both the dimensionality and the colors in the stone, though the material does retain the same basic hues. When you touch the face of a honed piece of slate, you will feel that it still has some traction, though less than crafted floors will. Another effect of honing is that tiles will be more likely to show stains, and will be easier to scratch.

Polished:This is a process where the tile is refined to the point that it actually glistens like marble. Very few slates have the textural temperament to achieve a polished finish, and those that do are easy to scratch and damage. However, the look can be simulated with honed tiles, through the application of multiple coats of seal and finish. Some special wax treatments can also be used to achieve the necessary glowing appearance.

Knowledge Base: Slate is a fine-grained, foliated, homogeneous metamorphic rock derived from an original shale-type sedimentary rock composed of clay or volcanic ash through low-grade regional metamorphism. It is the finest grained foliated metamorphic rock. Foliation may not correspond to the original sedimentary layering, but instead is in planes perpendicular to the direction of metamorphic compression.The foliation in slate is called “slaty cleavage”.It is caused by strong compression causing fine grained clay flakes to regrow in planes perpendicular to the compression.

When expertly “cut” by striking parallel to the foliation, with a specialized tool in the quarry, many slates will display a property called fissility, forming smooth flat sheets of stone which have long been used for roofing, floor tiles, and other purposes. Slate is frequently grey in color, especially when seen, en masse, covering roofs. However, slate occurs in a variety of colors even from a single locality; for example, slate from North Wales can be found in many shades of grey, from pale to dark, and may also be purple, green or cyan. Slate is not to be confused with shale, from which it may be formed, or schist.

The word “slate” is also used for certain types of object made from slate rock. It may mean a single roofing tile made of slate, or a writing slate. This was traditionally a small, smooth piece of the rock, often framed in wood, used with chalk as a notepad or noticeboard, and especially for recording charges in pubs and inns. The phrases “clean slate” and “blank slate” come from this usage. 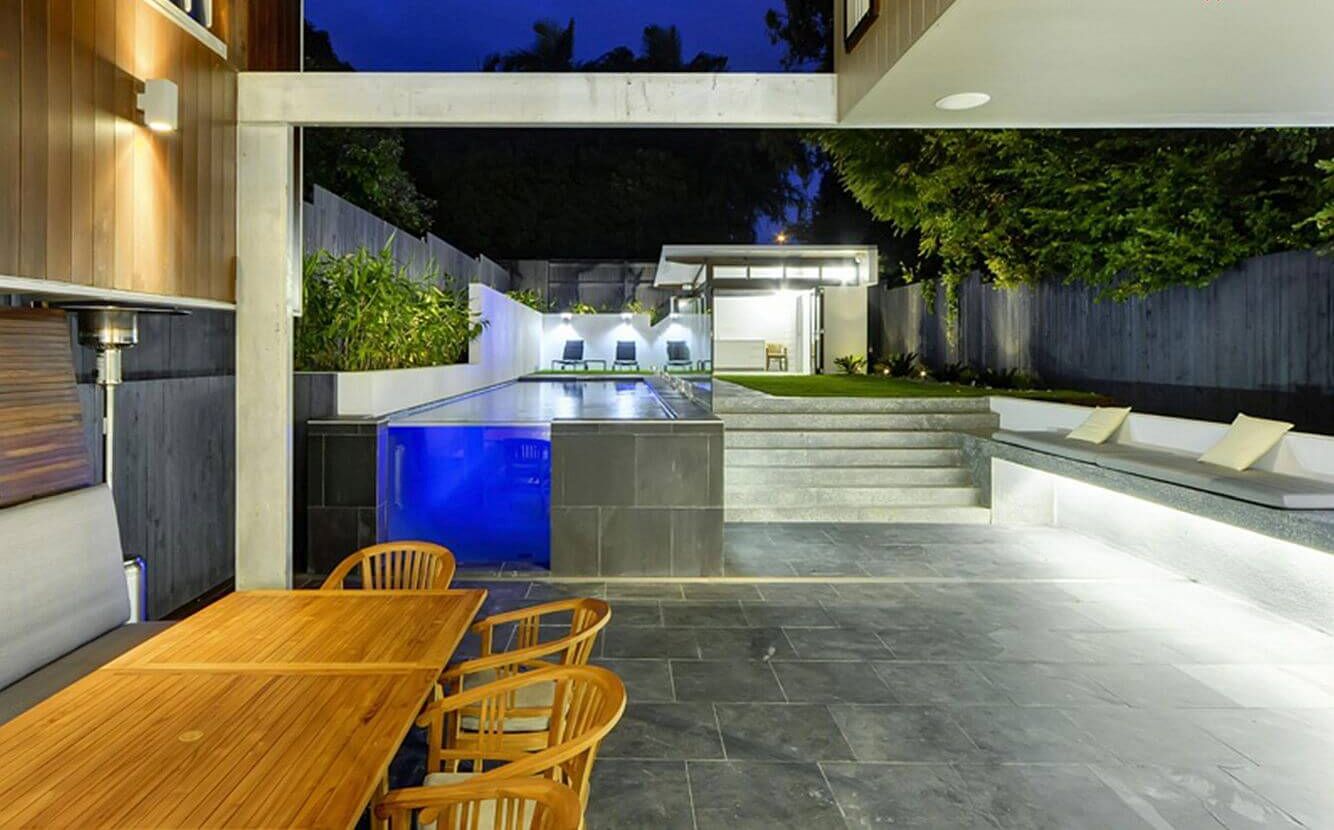